Chicago newspaperman Ben Hecht was about to embark on a new career as a playwright and Academy Award-winning scriptwriter when he first met the infamous Joseph Weil. In fact, the encounter took place amid the chaos and clutter of a press room that would inspire the setting for The Front Page, the hit play Hecht co-wrote in 1928 with colleague Charles MacArthur.

As usual, Weil—most people knew him only by his nickname, the “Yellow Kid”—looked like a wealthy, respectable citizen. “Our town’s most brilliant confidence man…always dressed like a matinee idol,” Hecht recalled in his 1963 memoir, Gaily, Gaily, “down to his pearl-gray spats.” The mustache of his neatly trimmed, reddish beard turned up slightly at each end, mimicking the mischievous smile below. The reporters who covered Chicago’s busy criminal courts were always glad to see him, and over drinks he regaled them with stories of his latest confidence tricks. “None of us ever betrayed by word or in print the Yellow Kid’s fantastic coups as a con man,” Hecht claimed, except when a misstep or disgruntled victim landed him in court. And that’s what had brought him to the press room for this visit. He stood accused—falsely accused, he insisted—of conning a bank president. “As for the ten thousand dollars I added recently to my bank account,” Weil wanted the newsmen to know, “I won the money shooting craps.”

As they chatted, the con man offered the journalists some words of advice: beware of anyone who was eager to share their wealth or good fortune with them. If they met “any such philanthropic soul,” Hecht recalled being warned, they “must know him at once as a crook.”

It was the Yellow Kid’s modus operandi for separating fools from their money. In an unparalleled career of swindling that spanned more than half a century, he conned hundreds, if not thousands, of people out of millions of dollars. Countless times he posed as a generous “philanthropic soul” eager to share his sure-fire, get-rich-quick schemes with a seemingly inexhaustible supply of dupes. He charmed, he fooled, he conquered, exploiting the greed as well as the gullibility of his victims. 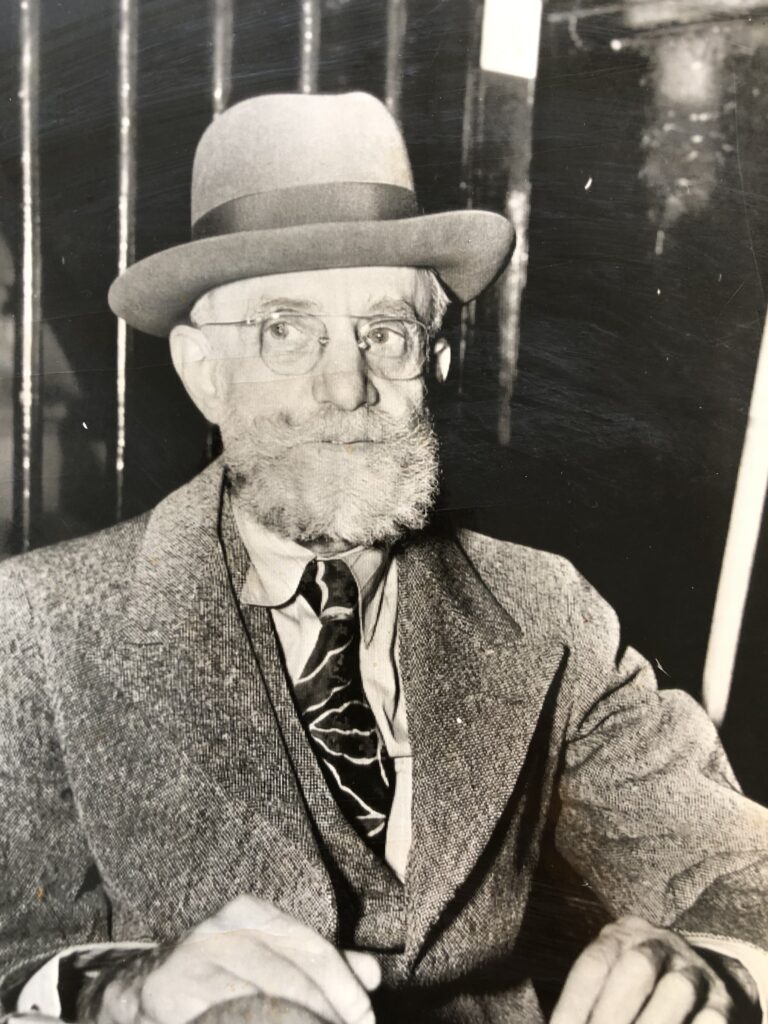 His frauds encompassed every trick in the swindler’s repertoire, from selling fake gold watches to elaborate con games that required intricate planning, phony brokers’ offices or betting shops, and teams of accomplices. He became an early master of “the wire,” the delayed-race-results swindle popularized in the movie The Sting. “I have played more roles in real life than the average actor ever dreamed of,” he claimed, slipping chameleon-like into the guise of a bank president, mining engineer, stockbroker, or scientist. And he coined a phrase that not only turned the tables on the people he defrauded, but could serve as the con artist’s mantra: “They wanted something for nothing,” he once explained. “I gave them nothing for something.”

There was one other role he created for himself: Best Swindler Ever. Journalist Ben Hecht and his colleagues may have been hesitant to divulge the Yellow Kid’s secrets, but the Yellow Kid was not. In 1948, at age seventy-three, he teamed up with Mississippi-born crime writer William Tibbetts Brannon to write a remarkable tell-all memoir in which he confessed to scores of swindles—enough crimes, had any of his victims still wanted to prosecute, to send him to prison for the rest of his life. “Yellow Kid” Weil: The Autobiography of America’s Master Swindler is a detailed how-to guide for anyone interested in emulating his classic con games. But the book’s real intent was to claim his place, as the subtitle boldly declared, as America’s greatest con man.

Most swindlers operate in the shadows and prefer to stay there. Not Weil. He craved attention. He wanted the world to know how easily he had outsmarted bankers, businessmen, and other marks who had more money than brains. And there was another reason he was determined to chronicle a life financed with other people’s money. His victims, he proclaimed, were not really victims—they were fellow travelers, as eager to break the law and get their hands on ill-gotten gains as he was fixated on emptying their pocketbooks. They deserved to be fleeced, and the Yellow Kid was delighted to oblige.

“I have never cheated any honest men,” he once told the writer Saul Bellow, “only rascals.” And of all the lies he told during his long career of stealing and swindling, that may have been the most outlandish of all.

Joseph R. Weil was born in 1875, just four years into Chicago’s bold and miraculous rebirth after the infamous fire that left much of the city in ruins. His parents—“reputable, hardworking people,” as he described them—operated a grocery store just south of the city center. But this appears to be just one of the many lies Weil told in a lifetime of lying. The 1880 census identifies his father as a saloon keeper. As a child Weil helped out at the store that was really a saloon, but often stole away to a nearby racecourse. It was not the horses that drew him to racing—it was the betting, the potential for big scores and easy money. A “bright pupil,” at least in his own immodest estimation, and a whiz at mathematics, he quit school at seventeen and was hired as a debt collector. It was the only legitimate job he would ever hold.

Ironically, it set him on the path to a life of crime. Other collectors and the firm’s cashiers and bookkeepers were skimming off money for themselves and falsifying records to cover their tracks. When Weil threatened to expose them, they began paying him a cut in exchange for his silence. Blackmail payments soon outstripped his meager wages as a collector. “Having seen my parents struggle for their existence…I knew that such a life was not for me,” Weil noted in his memoir. “I had seen how much more money was being made by skullduggery than by honest toil.”

In the late 1890s he teamed up with Doc Meriwether, who toured rural fairs to sell a cure-all elixir touted as “good for the ills of man or beast.” It was nothing more than colored rainwater mixed with alcohol. Weil’s role was to blend into the crowd, pose as a satisfied customer, and claim the mixture had restored his health. The ruse usually worked and customers jostled one another to get their hands on a bottle. Weil then struck out on his own, traveling across Illinois, Iowa, and Wisconsin to foist magazine subscriptions, silver spoons, and gold watches on unsuspecting farmers and their wives. The magazine didn’t exist, and the spoons and watches were cheap imitations. Soon Weil was making more money in a day than he had in an entire week as a debt collector. He would later gloat over “the naïveté of the rural people.”

He had the gift of gab every con man needs to succeed. Determined to avoid hard work—he was “too frail,” he lamented, for any strenuous activity—he would use his powers of persuasion to make a living. All he needed was a slick con man nickname, and legendary Chicago alderman and saloon owner “Bathhouse John” Coughlin soon provided one. Weil’s favorite newspaper comic strip featured a bald, big-eared street urchin named the Yellow Kid, who lived in a ghetto called Hogan’s Alley. Weil was pulling cons with a man named Frank Hogan at the time, so Coughlin began calling him the Yellow Kid.

The name stuck. And plenty of people would soon be offered “nothing for something.”

Excerpted from Dean Jobb’s “They Wanted Something for Nothing”: The Many Cons of the Yellow Kid, in The Best New True Crime Stories: Well-Mannered Crooks, Rogues & Criminals, edited by Mitzi Szereto, published by Mango Press.

From mild mannered coworkers to doting parents. Some might be your jack-of-all-trades friend, or others might be your family member with an altruistic persona. The Best New True Crime Stories: Well-Mannered Crooks & Criminals takes you deeper into the unconventional criminal’s psyche. The ones where their most prominent feature isn’t a bloodied knife, but a bright smile and warm gaze meant to lure their next victim.

Meet the real killers. You’ve heard about John Wayne Gacy. You’ve read about Jeffrey Dahmer. You’ve delved into the Ted Bundy fascination. It’s time for you to meet the infamous Naún Briones, who struck fear into the hearts of the rich, and Freddie Brenman, a notorious street-fighter with mysterious ties to the Dillinger Gang. You’ll find yourself realizing that being nice and friendly is a killer combination.