Fred Guttenberg (author of Find the Helpers) has started a Dads For Gun Safety campaign to combat the loss of more children. 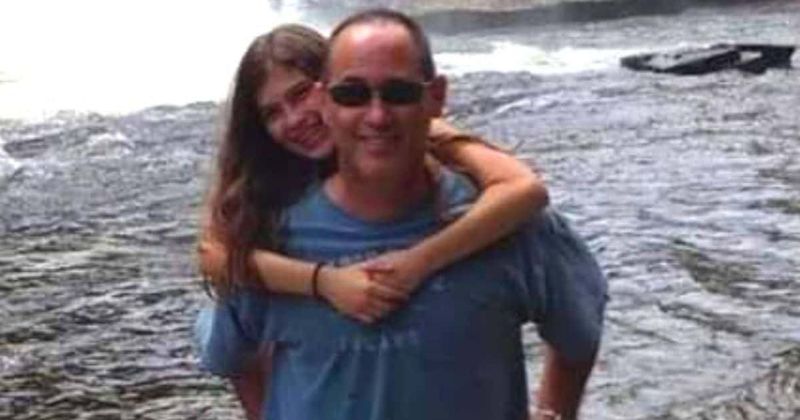 Fred Guttenberg, one of the most prominent gun safety activists in America, has now started the ‘Dads For Gun Safety’ campaign ahead of Father’s Day 2021. While announcing the movement on Twitter, Guttenberg said, “It’s almost Fathers Day. Rather than celebrating, I will spend Fathers Day working to prevent other dads from losing children to gun violence. I need your help sending a message to DC. Let’s make #DadsForGunSafety the biggest # of all time with 1,000,000 RT’s. Let’s do this.”

His call for support was soon amplified far and wide by Twitter users, who shared their own heartbreaking stories of losing loved ones to gun violence. Guttenberg received immense support from a community of fathers whose children were victims of gun violence in different shooting incidents across the country. Guttenberg’s announcement comes at the heels of Federal Judge Roger Benitez overturning a 32-year-old ban on assault weapons in California. Calling out Benitez’s comparison of an AR-15 with a Swiss Army knife, Guttenberg told CNN, “My daughter’s in a cemetery … because a Swiss Army knife was not used. Because it was an AR-15. If a Swiss Army knife was used, my daughter and most of those other kids and adults would be alive today.”

Who is Fred Guttenberg?

In the February 2018 mass shooting at Stoneman Douglas High School in Parkland, Florida, Fred Guttenberg lost his 14-year-old daughter Jaime, while his son Jesse somehow managed to escape the shooter at the school. Ever since then, Fred Guttenberg has remained one of the strongest voices against gun violence in the US. His Twitter bio reads, “My children are Jesse & Jaime. Jaime was murdered in the Parkland school shooting. My life is dedicated to saving lives fighting for gun safety in America.”

“Don’t tell me there’s no such thing as gun violence. It happened in Parkland,” he famously said a day after the tragic shooting. “My daughter was hunted last week. I am enraged,” he criticized then President Donald Trump for not speaking up against the gun violence problem in the country.

A staunch critic of the National Rifle Association, Fred Guttenberg made headlines in February 2020 for shouting at Donald Trump during his State of the Union speech.

The incident took place when Trump was speaking about protecting gun rights. “So long as I am president, I will always protect your Second Amendment right to keep and bear arms,” Trump said in his speech, to which Guttenberg retorted, “…victims of gun violence like my daughter.” He could be heard shouting from the speaker’s box while Trump continued his speech. Soon after, he was removed from the gallery by a police officer in civilian clothes.

‘You are a wonderful human being’

Fred Guttenberg’s call for ‘Dads For Gun Safety’ was lauded and supported by hundreds on social media, who called him an ‘amazing father’ and ‘bravest dad’. A former gun owner tweeted in support, “Sandy Hook was the last straw for me. The damage is not worth it, and at some point, everyone has to decide how much death is enough for them. If their answer is “never,” the gun violence epidemic will never end, and they are to blame.”

“A noble mission. I’m with you all the way as a dad to two young girls. I’m an Army veteran living in Texas, but that doesn’t pre-qualify me to worship guns like 95% of the population does here. #DadsForGunSafety,” wrote an Army veteran. Another user tweeted, “Fred, thank you for being able to turn your unbearable pain into action. You are a wonderful human being and an amazing father. #DadsForGunSafety.” A fourth user tweeted, “Fred Gutenberg! The bravest dad! The fight for gun control! It must happen NOW! Are kids are at peril Everyday with these guns everywhere! I see the gun in cars on people buying ice cream…it’s an AMERICA INSANITY”

What 9/11 and Parkland Taught Me About Recovery, Purpose, and Hope

Life changed forever on Valentine’s Day 2018. What was to be a family day celebrating love turned into a nightmare. Thirty-four people were shot at Marjory Stoneman Douglas High School in Parkland, Florida. Jaime Guttenberg, a fourteen-year-old with a huge heart, was the second to last victim. That she and so many of her fellow students were struck down in cold blood galvanized many to action, including Jaime’s father Fred who has become an activist dedicated to passing common sense gun safety legislation.

Fred was already struggling with deep personal loss. Four months earlier his brother Michael died of 9/11 induced pancreatic cancer. He had been exposed to so much dust and chemicals at Ground Zero, the damage caught up with him. Michael battled heroically for nearly five years and then died at age fifty.